Bush Ranging with GIs in Llanwnog

A modern example
of an American
Bush-ranger 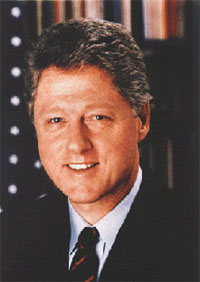 Please tell us about your bush experiences on the bulletin board...

OUR NEWS REPORTER BRINGS YOU THE LATEST !

Have you met a bush-ranger ? Please email us so we can make a lot of money by revealing all.

My good friend Guy Ropes has just been to see me and reminded me of a most wonderful experience which happened during my evacuation.

Some time during the summer of 1944 (I think it was then) we were told that there were some Americans nearby. Well as children we had only ever seen Americans before on the silver screen and this was very exciting and we determined to seek them out.

They were in a camp at a place called Llanwnog. One evening we walked all the way to Llanwnog via the refreshment rooms at Moat Lane Junction, the only place you could get a drink in those days - I know I was under age but the men always seemed to want to do everything for me, just like these days I suppose.

Well, we could see this camp from a long way off - about six gleaming nissen huts with a big stars and stripes flag fluttering above. They were brand new and had not yet been camoflaged.

When we got there we were immediately surrounded by all sorts of men the likes of which I had never seen before. Within a few minutes my friend had disappeared and I was left on my own with these soldiers. Well they showed me everything they had including all their big weapons. They said they were bush-rangers and could detect the nearest bush at 1000 feet. I was most impressed by all this.

These GIs as they called themselves had names like Butch and Hank and oh they did shower me with gifts. Loads of gum and what was completely new to me then - nylons! Every pair I was given I had to try on in front of them all. How they all doffed their helmets at me. This all went on for ages in a whirl of crazy excitement until the camp adjustant appeared with my friend looking most embarrassed and said that we must leave straight away.

There's not a trace of the camp left now to remind me of that night.

© 2003-2056 Mrs Ivy Trellis and in memory of the Chairman, all rights abandoned worldwide